CARSON CITY U.S. BRANCH MINT AND HISTORIC COIN PRESS NO. 1 Although legislation authorizing the creation of the U.S. Branch Mint at Carson City was passed by Congress on March 3, 1863, actual construction did not begin until three years later. Work proceeded so slowly that three more years passed before coining machinery arrived in November of 1868. Historic Coin Press No. 1 arrived in that first shipment; the six-ton press was manufactured by Morgan & Orr in Philadelphia, who created many of the steam-powered coining presses then in use throughout the world. The mint officially opened for business early in January of 1870, and on February 4, 1870, this press struck the first coin bearing the soon-to-be-famous CC mint mark, a Liberty Seated dollar. For the first five years of operation, coin press no. 1 was the only press, and then two additional presses were added in 1875 and 1876, one smaller and one larger. When the press suffered a cracked arch in 1878, it was repaired at the local shop of the Virginia and Truckee Railroad. Proud of their handiwork, V&T machinists replaced the original brass Morgan & Orr builder’s plate with one bearing the name of their famous railroad. For nearly a quarter of a century, it was used to strike most of the larger denomination pieces. Between 1870 and 1893, the Carson City Mint produced roughly $ 50 million (face value) of gold and silver coins, including gold double eagles ($20), and eagles ($10), half eagles ($5), silver Trade dollars, silver dollars, half dollars, quarters, dimes and for two years 20-cent pieces. Today, coins with the CC mint mark are highly prized by collectors and among the most valuable in the collecting world. The coin press continued in service at Carson City until coining operations ceased in 1893, and in 1899, along with all other machinery in the coiner’s department was moved to the Philadelphia Mint, where a few years later it was remodeled to operate with electric power. In 1939, the Mint was purchased by the state of Nevada for use as the Nevada State Museum, which opened in 1941. In 1945, Coin Press No. 1 was transferred back across the country to the San Francisco Mint. Finally, when all coin production was temporarily halted at San Francisco in 1955, the historic press was due to be scrapped. Oakland newspaperman Frederick J. Monteagle, an avid collector of Carson City coins, recognized the brass plate of the V&T Railroad and alerted the Nevada State Museum. Museum founder Clark Guild and other local business people were able to buy the press for the state for $225, and it returned to its original home inside the Nevada State Museum in 1958. 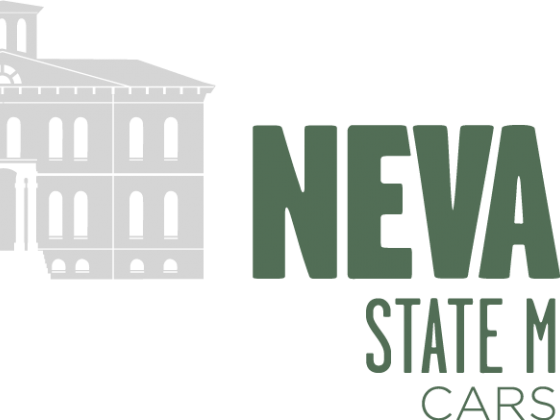